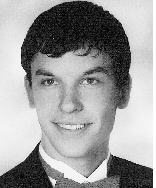 We use that saying a lot, time flies, but usually we don’t even realize the gravity of it until we notice how long its been since some big event. Just happened to me.

I am cleaning out my computer cause it is a total mess and I was working on a folder which has photos of my friends in it when I came across the death notices for two of my friends who were killed in car accidents. They both died on Dec. 16, 2006. To be clear, I am talking about two different accidents, miles apart, that happened on the same night.

Almost 4 years since it happened… like I said, you don’t even realize how fast time can just slip away from you. We’re always saying “oh just five minutes…” and then three hours later… I mean how many people realize its been 9 years since 9-11? I know we talk about it often but its gotten to the point that we don’t even think about anything except the fact that it caused a war. That’s kind of pathetic to me.

I don’t put myself above that – I don’t think about Sherry and Pat everyday, but I know the instant someone mentions drunk driving or blowing through a red light they will come to mind for the rest of my life. Its just a strange sensation to realize that something so tragic at the time has sort of become a distant memory and then to pull it all back up just seems… I don’t know.

I am sure everyone can understand what I mean.

This entry was posted in Ideology and tagged emotions, friends, history, love, people. Bookmark the permalink.