OK, I have recovered, time for a SMILE! This week’s topic is music… wait, aren’t all SMILEs about music? Yes, but this week I’m focusing on songs that are specifically about music rather than, say, songs about love or dance songs. Enjoy!

First up is a song and group very dear to my heart, here’s Kiss‘ God Gave Rock And Roll To You II (lyrics). This song was original performed by Argent in 1973 and was covered by Kiss in 1991 for the Bill & Ted’s Bogus Journey soundtrack. This is one of those rare covers that far outshines the original, in my opinion anyways. There is a music video for this, but with Kiss, you have to listen live (plus the music video was done during their no make-up days so xP). It also made me happy to see little kids in this video cause, as a child, Kiss was my very first concert ^^ 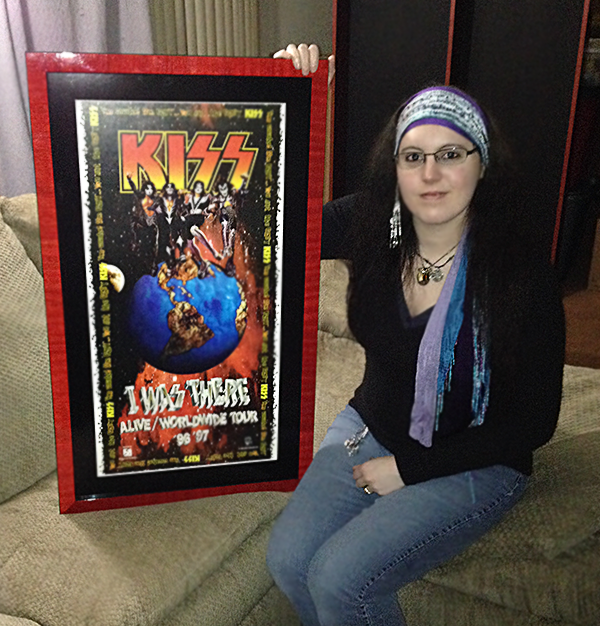 Miley Cyrus‘ Party In The U.S.A. (lyrics) is a song that most people love or hate, but it does a good job of showcasing just how much music can affect us in our daily lives. Music is, and will always be, a universal language.

The next song for this week I don’t even need to describe because the song’s title makes it perfectly clear why it’s on this list, here’s Joan Jett and the Blackhearts‘ I Love Rock And Roll (lyrics). This song, like Kiss’ above, is also a cover; the original was done by The Arrows in 1975. Joan and the Blackhearts’ version, Joan’s second version of the song, came out in 1981.

Another song in the same vein as the one above is Bob Seger‘s Old Time Rock And Roll (lyrics). While music is a universal language, people can still get attached to just a small portion of it. While I greatly discourage that (obviously or I wouldn’t be doing this lol), it is OK to have preferences and favorites ^^

Lastly, Don McLean‘s American Pie (lyrics) should be no surprise to anyone who’s heard it – which is basically every American ever since it’s release lol This song was inspired by the plane crash that took the lives of Buddy Holly, Ritchie Valens, J. P. “The Big Bopper” Richardson, and Roger Peterson on February 3, 1959 – a day which is now widely referred to as ‘The Day the Music Died’ thanks to this song.

What songs about do you think describe music best? Let me know in a comment below, and be sure to include any suggestions you may have for future SMILEs!

This entry was posted in SMILEs. Bookmark the permalink.